NEWS 537
In the Student Park of the Azerbaijan State Agricultural University (ADAU) the presentation of the book "The Chronicle of the Victory" took place.

The authors of the book are the Rector of the University, corresponding member of ANAS, Professor Ibrahim Jafarov, the Head of the Department of Social Sciences and Multiculturalism, Professor Azad Bayramov and senior lecturer of the department Zumrud Gahramanova.

The participants first visited the monument to martyrs in the University's Student Park and laid flowers to it.

Ibrahim Jafarov noted that the book "The Chronicle of Victory" is another contribution to the anniversary of our glorious victory. It was noted that historical victory of Azerbaijani army is of special importance in terms of interests of the state and nation. The liberation from occupation of our lands, which had been under attack for many years, first and foremost restored the confidence of the Azerbaijani people in themselves and further strengthened the people’s respect for their leader and his strength. We are grateful to the Supreme Commander-in-Chief Ilham Aliyev and our brave army for giving us this happiness and pride. May Allah rest the souls of our martyrs and send healing to the veterans.

Then Professor Maharram Huseynov, Head of the Department of Finance and Economic Theory, Deputy Dean of the Faculty of Agronomy Aynur Hasanova and students spoke about the book.

The reviewers of the book are corresponding member of ANAS, chairman of the Ganja branch of ANAS, academician Fuad Aliyev, head of the Department of History of the Caucasus of Nakhchivan branch of ANAS, doctor of historical sciences Emin Shikhaliyev and professor of life safety department of ADAU Ramiz Khalilov.

At the end of the event participants visited the graves of shehids of the Patriotic War on the Alley of shehids and laid flowers. Prayers were recited for the repose of the souls of martyrs. 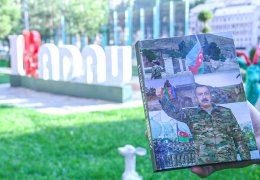 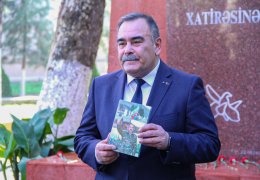 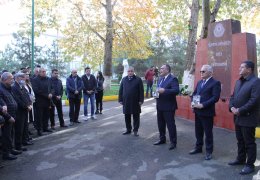 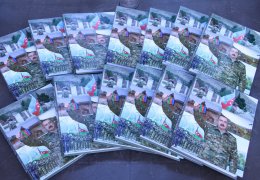 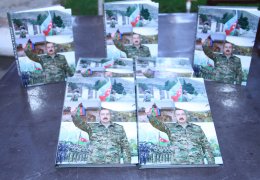 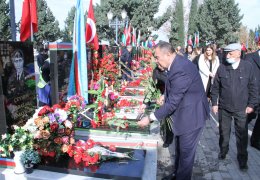 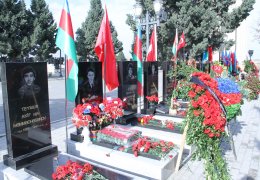 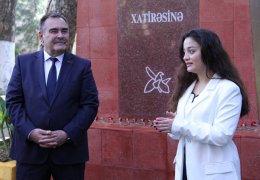 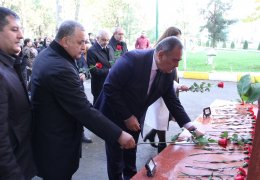 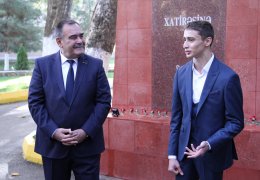 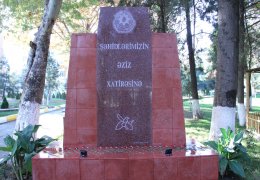 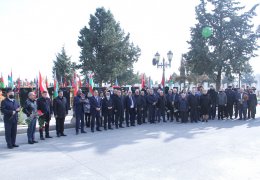